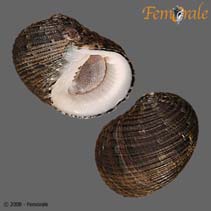 Indo-Pacific: from East and South Africa, to eastern Polynesia; north to southern Japan, and south to southern Queensland and New Caledonia.